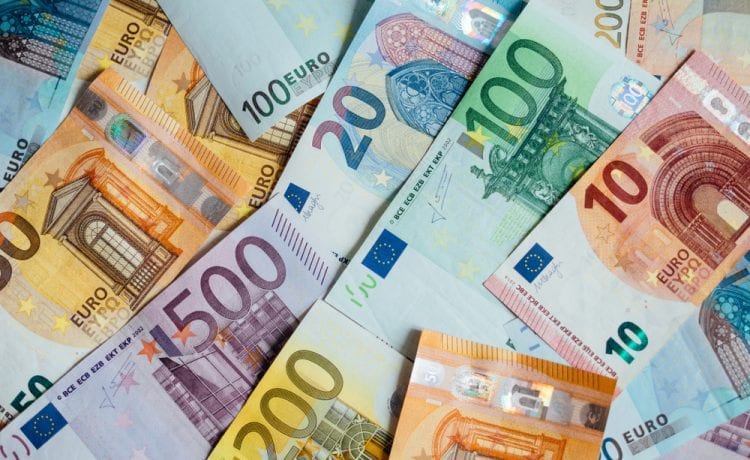 The Euro showed signs of life earlier in the session, hovering near a four-month high against the U.S. Dollar on Monday as bullish investors held on to hopes that European Commission policymakers would break the stalemate and finally hammer out an economic rescue deal as their long-winded weekend summit reached a record length.

Reuters is reporting that EU leaders were at an impasse over a proposed 750 billion Euro ($858.30 billion) recovery fund, which is supposed to be raised on behalf of them all on capital markets by the EU’s executive European Commission.

That would be a historic step towards greater fiscal integration for the union, but a group of “frugal” wealthy north European states were pushing for a smaller fund and seeking to limit how payouts are split between grants and repayable loans.

A source told Reuters 350 billion Euros on grants was the maximum acceptable for the camp of thrifty northerners, compared to 400 billion seen as the bare minimum by many others, including Germany and France.

Diplomats said it was possible that they would abandon the summit and try again for an agreement next month. But market players expect them to reach a deal in the future even if they fail to do so this time.

While the outcome of the negotiations is still up in the air early Monday, most market players agree that an agreement or a collapse in the talks would have a major impact on the single currency when trading resumes.

Early Monday, the Euro is banging on a four-month high on hopes that Europe’s fiscal leaders would move toward agreement on the massive 750 billion-euro rescue fund. A positive outcome by the end of the EU summit, whenever that is, could potentially be the Euro’s ticket to fresh highs for the year.

Please remember that investments of any type may rise or fall and past performance does not guarantee future performance in respect of income or capital growth; you may not get back the amount you invested.
Richard StanleyJuly 20, 2020