Fed may use new pandemic-era tool to fight inflation 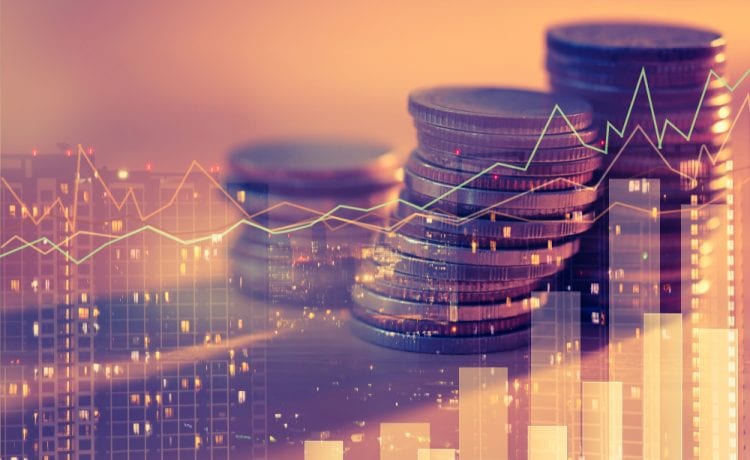 The Fed is expected to use a new pandemic-era tool to fight a long-running battle against low inflation.

Even before Covid-19 crushed the economy, the Fed was worried about low inflation and was working on ways to let it run slightly hotter temporarily in order avoid the trap of long-term sluggish growth and weak pricing power.

Chairman Jerome Powell, in a much-anticipated speech Thursday, is expected to discuss the Fed’s policy framework and specifically how it will alter its posture on inflation.  The Fed has had a 2% inflation target, but in the decade since the financial crisis it has more often than not seen inflation fall below its target.

The way the Fed is expected to meet its goal is to say it will have an “average inflation” target, and Fed watchers said officials may provide a band for tolerable inflation levels above and below its current target of 2%. The Fed is expected to make that announcement at its September meeting, and Powell’s 9:10 a.m. ET comments at the annual Jackson Hole symposium Thursday could be a preview.

Treasury yields have been rising ahead of the Fed’s symposium, which will be held virtually this year instead of in the shadows of the Grand Tetons. The closely watched event has sometimes been used to foreshadow policy moves, and Fed watchers expect Powell to preview what should be a significant change in guidance on policy.

The rates markets are anticipating the Fed is going to be dovish and willing to withstand inflation being higher for a longer period, said Rick Rieder, BlackRock global chief investment officer of fixed income. The Fed is not looking for spiking inflation, but some inflation in the economy provides pricing power and drives both profits and wage gains. Currently, Powell has said the virus created bigger risks of disinflation due to high unemployment and other economic impairment.

The Fed has taken extraordinary actions to fight the impact of the coronavirus. It has vowed to keep rates at zero for a long time; it also has provided more liquidity, purchased assets and inserted itself in different markets to assure they run smoothly.

The Fed already had been reviewing its policy framework, and inflation was part of it. Even before the virus, Fed officials had said they would allow inflation to overshoot their 2% target but they didn’t formalize it.

This is longer running than just Covid. If they had wrapped this up last year, Powell would have to signal this policy shift with rates above zero, said Jon Hill, senior fixed income strategist at BMO. Since we’re already at zero, it means we’ll be at zero even longer and the central bank is going to be even more aggressive about trying to meet its inflation mandate. In the past they pre-emptively hiked to get ahead of inflation pressures. What they’ve shifted to is actually waiting until they get sustained inflation.

Hill said the bond market was pricing in higher inflation, and the market-based metric for 5-year inflation expectations showed a 1.6% annual pace over the next five years.

In the 12 months through June, the core PCE price index increased 0.9% after rising 1.0% in May. The core PCE index is the preferred inflation measure for the Federal Reserve’s 2% target.

This is the prelude to September, and you have a whole lot of Fed speakers next week who are going to explain how having an objective that they’re going to overshoot on inflation is important and what it means, said Diane Swonk, chief economist at Grant Thornton.

Swonk said there are those who would argue that inflation is already evident in the price of goods that were caught in supply shocks, like some food and meat, but she said those increases could be fleeting because of high unemployment and the weakened economy.

Fed watchers said Powell may acknowledge that the traditional path of inflation has changed. Powell’s speech is about the Fed’s policy framework and navigating the next decade.

Please remember that investments of any type may rise or fall and past performance does not guarantee future performance in respect of income or capital growth; you may not get back the amount you invested.
Richard StanleyAugust 27, 2020