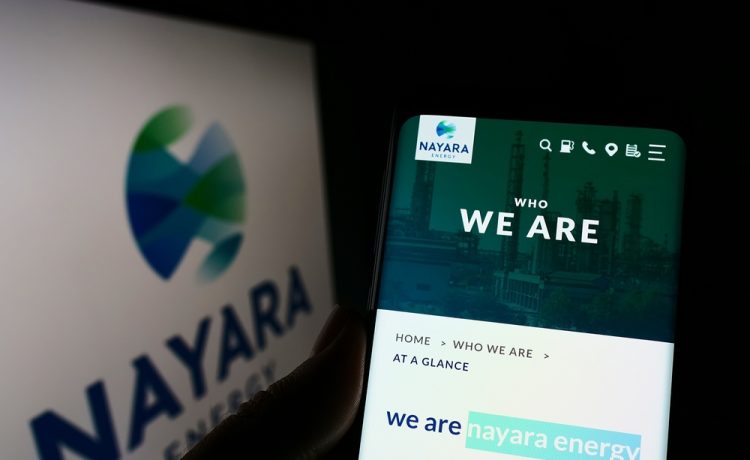 Nayara has not been sanctioned as part of the international response to Russia’s invasion of Ukraine, but Rosneft, which owns 49% of the Indian refiner, has been

Nayara has not been sanctioned as part of the international response to Russia’s invasion of Ukraine, but Russian energy giant Rosneft, which owns 49% of the Indian refiner, has been.

To avoid the need for credit to fund overseas trade, the Mumbai-headquartered company is selling more of its refined fuels in India, two of the sources said. All of the sources declined to be named because they are not authorised to speak to the media.

Nayara imports crude oil worth about $1 billion every month on average for its 400,000 barrels per day Vadinar refinery in India’s Gujarat state, the two sources told Reuters.

India’s HDFC Bank and international banks such as Citibank, JP Morgan, Deutsche Bank and Japan’s Mitsubishi UFJ Financial Group have stopped opening and confirming Letters of Credit (LCs), which are a standard form of payment guarantee in the oil trade, for Nayara, four sources said.

Kesani Enterprises Co Ltd, a consortium led by Trafigura Group and Russia’s UCP Investment Group, is the other major stakeholder in Nayara, also with a 49.13% stake.

Kesani has pledged all of its shares in Nayara to Russian bank VTB, from which it took a loan to fund its acquisition of the Indian refiner in 2017, a fundraising document Nayara issued in August last year showed.

VTB has also been sanctioned.

The two sources said Nayara has this month boosted local sales of its refined fuels, taking a hit on its revenue as pump prices in India are below overseas rates.

Please remember that investments of any type may rise or fall and past performance does not guarantee future performance in respect of income or capital growth; you may not get back the amount you invested.
Richard StanleyApril 12, 2022