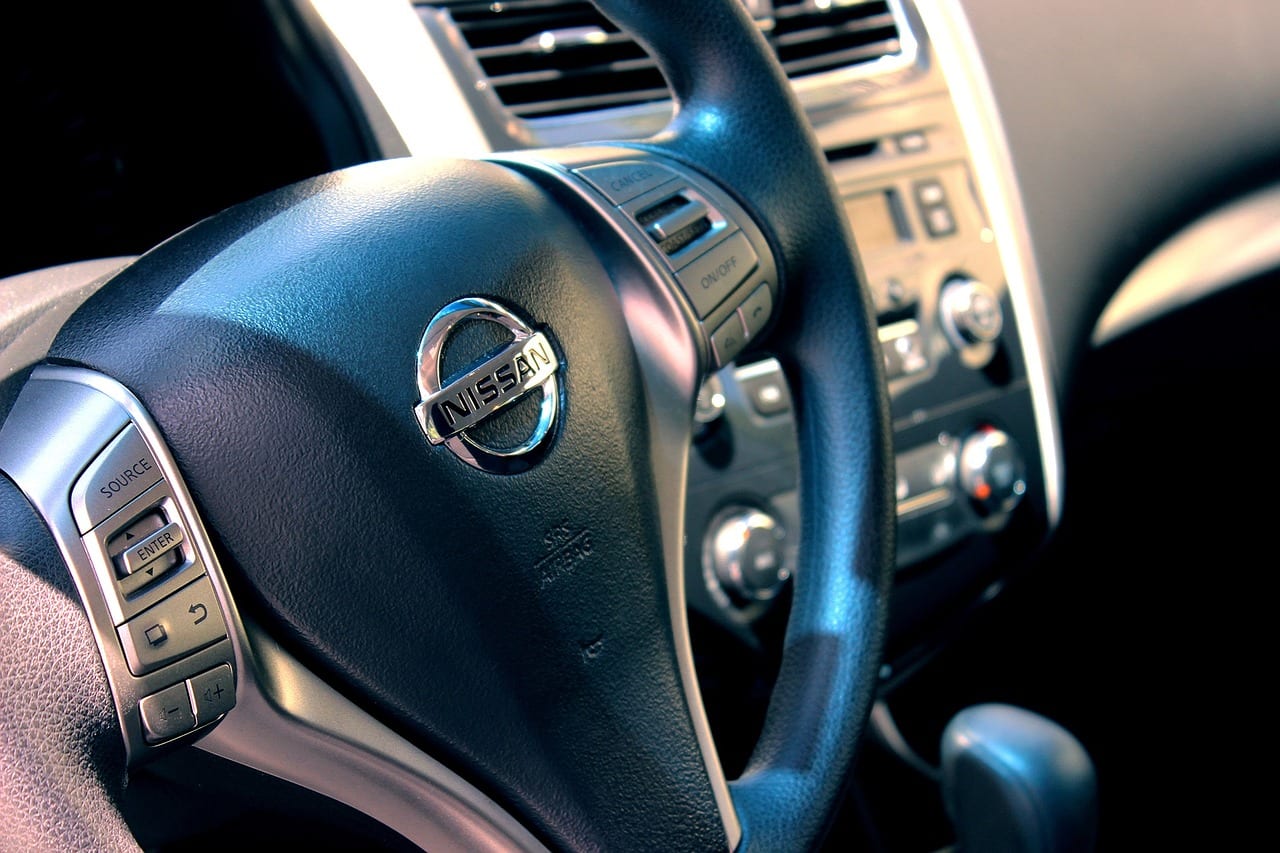 Nissan has warned of the effects of a no-deal Brexit

The number of total vehicles registered was down 20.5% on the same period in 2017 at 338,834, the Society of Motor Manufacturers and Traders said.

Carmakers had struggled with “a raft of upheavals” including adjusting to stricter emissions standards, it added.

Meanwhile, Nissan said a no-deal Brexit would have “serious implications”.

The Japanese firm, which employs almost 7,000 people at its Sunderland plant, urged the UK and the EU to “work towards a balanced Brexit”.

The SMMT said it had been an “exceptional” September, following “an unusually high August and a turbulent first eight months of the year”.

It said the impact of the sales plunge was felt across the board. Registrations by private consumers, fleets and businesses all fell. Sales of petrol and diesel cars were down, but those of hybrids and plug-in electric vehicles actually rose, although only by 3.9%.

Since 1 September, all cars sold in the EU have had to undergo a new test known as the Worldwide Harmonised Light Vehicle Test Procedure. This has replaced all existing tests of emissions and fuel economy and has caused carmakers to struggle to cope.

SMMT chief executive Mike Hawes said, with the industry given barely a year to reapprove the entire European model line-up, it’s no surprise that the industry has seen bottlenecks and a squeeze on supply.

Mike said these are exceptional circumstances, with similar declines seen in other major European markets. The good news is that, as backlogs ease, consumers and businesses can look forward to a raft of exciting high-tech cars and a market keen to recover lost momentum.

Alex said the industry is now entering a crucial and unprecedented period, as the next new number plate will be March 2019, when the UK is due to leave the EU.

He said it’s likely to be a rollercoaster ride for new car sales figures for the foreseeable future, but it feels like they have just plunged into a deep canyon. Brexit will start to weigh much heavier on the shoulders of the car industry over the coming months, particularly if a deal isn’t thrashed out with the EU. And either way, they don’t really know how consumers are going to react.

Please remember that investments of any type may rise or fall and past performance does not guarantee future performance in respect of income or capital growth; you may not get back the amount you invested.
Richard StanleyOctober 6, 2018