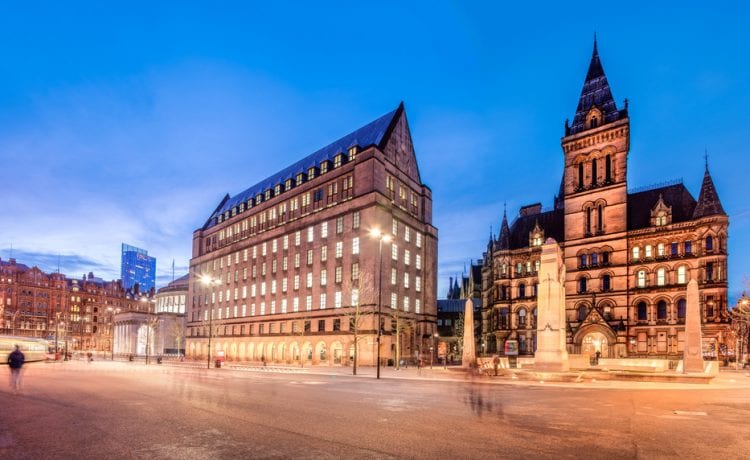 The Manchester-based firm is seeking to raise a minimum of £100m for UK Buffettology Smaller Companies, planning to list on the London Stock Exchange (LSE) around the end of October and trading under the ticker BUFF.

The trust will be managed by chief investment officer Keith Ashworth-Lord, whose £1.3bn fund, SDL UK Buffettology, has been a star performer since launch in 2011.

It will invest in 30 to 50 smaller companies, all listed on the LSE or quoted on AIM, worth between £20m to £500m at the time of initial investment.

Ashworth-Lord, who has a Citywire AAA-rating due to the performance of his open-ended fund, said an opportunity had been created by the pervasive bearishness on the UK market and smaller companies, as well as demand from investors.

The UK is a great place to do business. But you would never dream that if you read the press. It’s doom and gloom about Brexit, about Covid. Anybody would think the roof is about cave in, said the manager.

Consequently you’ve got the UK currently trading at relative lows against the US market and even continental European bourses and then on top of that you’ve got this “plague on all your houses” on small companies, the manager said.

Ashworth-Lord said, at the moment, we’ve got an opportunity. It’s a double whammy. We’ve got the UK market out of favour, we’ve got small companies out of favour. And consequently, there are some quite tasty bargains out there, we think.

The manager added current conditions also played into their hands as long-term investors.

Under the philosophy of ‘business perspective investing’, associated with Buffett and employed at the firm, Ashworth-Lord and colleagues view investing as akin to taking part-ownership in a business.

From launch on 28 March 2011 until the end of August, the SDL UK Buffettology Fund returned 237%, the best performance in its Investment Association UK All Companies sector, where the average fund returned 62%, according the latest fund factsheet.

The manager declared himself ‘pretty confident’ they would hit their target raise, despite the wider apathy on the asset class.

We’ve done a lot of talking and a lot of people have been coming to us over the last year or two saying you guys should do a closed-ended fund and aim it at the smaller end, then the liquidity concerns won’t be there that you perhaps have in an open-ended [fund], he said.

The manager explained the freedom to invest across the target market cap range, including in hard-to-trade smaller firms, was a key draw, as was not having to worry about meeting daily redemptions.

That’s always been like a monkey on my back, liquidity. The beauty about closed-ended, permanent capital is I don’t have to worry, he said.

As the Buffettology fund has grown in size, it has effectively had to divest from ‘micro-caps’ worth less than £100m.

Ashworth-Lord picked out Best of the Best (BOTB) as an example of a stock he had wanted to invest in several years ago but which was already too small for the Buffettology fund at that point. The luxury car competition operator, now worth £159m, has seen its share price rise from 270p at the start of 2017 to £17 today.

The firm’s £23m Free Spirit fund, managed by Andrew Vaughan along with Ashworth-Lord, can still invest widely across the market cap spectrum, but typically runs at about 20% cash, partly to ensure liquidity.

Ashworth-Lord said there would be a ‘hard cap’ on the trust’s net assets at £500m, so the freedom to invest in smaller companies would not be constrained.

If it goes to that sort of size, we will not issue any more shares. If it goes to a premium, so be it, he said.

The team, where the manager will be backed by two analysts, are currently looking at about 30 prospective investments. The goal is to have no more than 30% overlap between the trust’s portfolio and the open-ended funds.

While there will be a 15% revolving credit facility, this will be used purely for discount management and share buybacks, said Ashworth-Lord, who added it might appear ‘hypocritical’ for the trust to use leverage when they criticise businesses with high debt.

BUFF will also operate a redemption facility after the first five years and every three years thereafter.

Please remember that investments of any type may rise or fall and past performance does not guarantee future performance in respect of income or capital growth; you may not get back the amount you invested.
Richard StanleySeptember 26, 2020