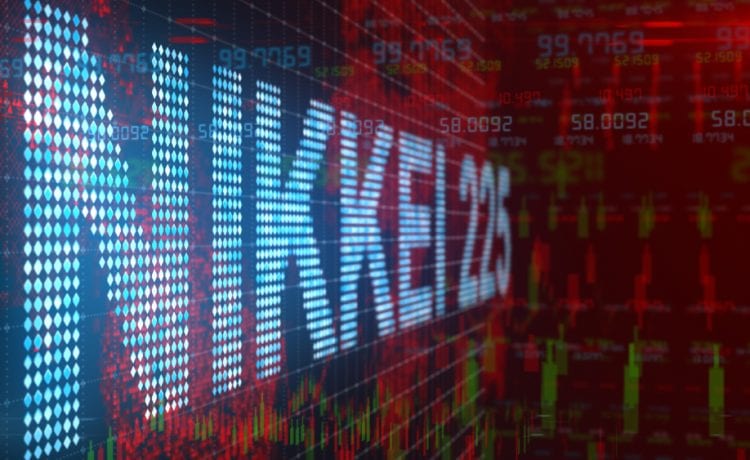 The Shanghai composite jumped more than 2%, while Japan’s Nikkei 225 dropped 0.9% and Topix index slipped 0.65% as Japan’s economy shrank record 27.8% in the second quarter

Stocks in Asia Pacific traded mixed on Monday as tensions between the U.S. and China continue to weigh on investor sentiment.

Mainland Chinese stocks were higher by the afternoon. The Shanghai composite jumped more than 2% while the Shenzhen component added 1.804%.

Japan’s economy shrank 27.8% on an annualized basis in April-June, according to government data released Monday. That was the sharpest contraction on record, according to Reuters. The preliminary reading for Japan’s second-quarter gross domestic product compared against economists’ median estimate of a 27.2% decline, Reuters reported.

Markets in South Korea are closed on Monday for a holiday.

U.S. President Donald Trump issued an executive order Friday forcing China’s ByteDance to sell or spin off its U.S. TikTok business within 90 days. In his order, Trump cited “credible evidence” that ByteDance “might take action that threatens to impair the national security of the United States.”

Meanwhile, Reuters reported over the weekend that a planned U.S.-China trade deal review initially set for Saturday was delayed with no new date agreed upon, citing sources familiar with the plans. The sources told Reuters that the delay was due to scheduling conflicts as well as to give time for more Chinese purchases of U.S. exports.

Those developments came as tensions between Washington and Beijing have heated up in recent weeks.

For now there is no signs the trade deal is in jeopardy with the review’s postponement seen as an allowance for China to increase its purchase of US agricultural goods, which are way behind schedule, Rodrigo Catril, a currency strategist at National Australia Bank, wrote in a note.

The U.S. dollar index, which tracks the greenback against a basket of its peers, was at 92.992 after its decline last week from levels above 93.6.

The Japanese yen traded at 106.53 per dollar, weakening from levels below 106.4 against the greenback last week. The Australian dollar changed hands at $0.7177 after touching the $0.711 handle last week.

Oil prices were higher in the afternoon of Asian trading hours, with international benchmark Brent crude futures up 0.65% to $45.09 per barrel. U.S. crude futures also gained 0.79% to $42.34 per barrel.

Please remember that investments of any type may rise or fall and past performance does not guarantee future performance in respect of income or capital growth; you may not get back the amount you invested.
Richard StanleyAugust 17, 2020