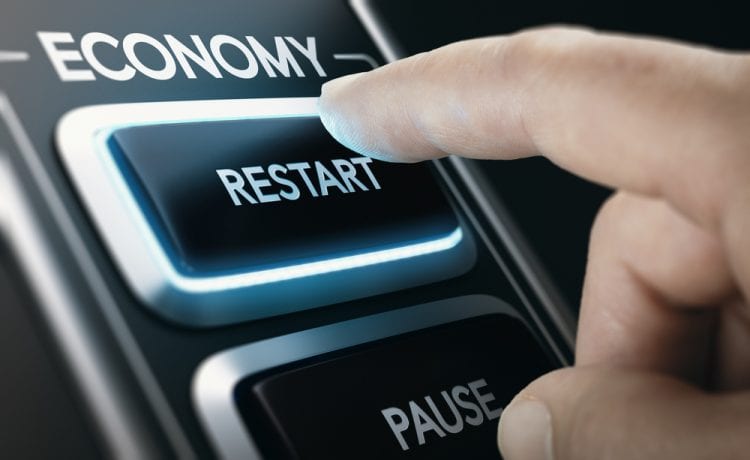 U.S. stocks added to gains on Wednesday after the Federal Reserve repeated a pledge to use its “full range of tools” to support the economy but cautioned that the outlook “will depend significantly on the course of the virus.”

At the end of its two-day policy meeting the Fed said it will keep its interest rate target range until it is confident the economy has weathered the coronavirus pandemic and is on track for maximum employment and price stability goals.

While strategists said they found no surprising decisions after the meeting, many pointed out that the Fed’s focus on the virus highlighted the uncertainties it is facing.

The Fed is putting health again front and centre in its statement, which is impactful and meaningful, especially when we’re waiting on a bipartisan agreement on the fifth round of the CARES Act. It’s a bit ominous, to be frank, said Nela Richardson, investment strategist at St. Louis-based Edward Jones.

But Richardson noted the “commitment to do whatever it takes to get the economy going again” and a recognition the economy has improved and “come up from the bottom.”

And with Fed confirmation of an extraordinarily uncertain path, “investors can feel certain that monetary stimulus is going to remain accommodative for the foreseeable future,” said Shawn Snyder, head of investment strategy at Citi Personal Wealth Management.

These companies were among the biggest boosts for Nasdaq even as the chief executives of all four companies also faced jabs from lawmakers at a congressional hearing on antitrust issues.

You’ll often see an uptick in those shares ahead of earnings and if they disappoint then they tend to sell off, said Citi’s Snyder.

Investors were also focused on contentious negotiations in Washington around what should go into government’s next coronavirus relief plan.

Starbucks Corp climbed after the coffee chain said business was “steadily recovering” worldwide and it would report a profit in the current quarter.

Of the S&P 500 firms that have reported results, 79.1% have surpassed a low bar of quarterly profit expectations, according to Refinitiv IBES data.

Recent data pointed to a possible slowdown in business and hiring as several U.S. states reimposed restrictions after a spike in COVID-19 infections, while deaths in the country caused by the disease surpassed 150,000 on Wednesday.

Boeing Co shares slipped after it slashed production on its widebody programs and reported a bigger-than-expected loss due to the fallout from the pandemic.