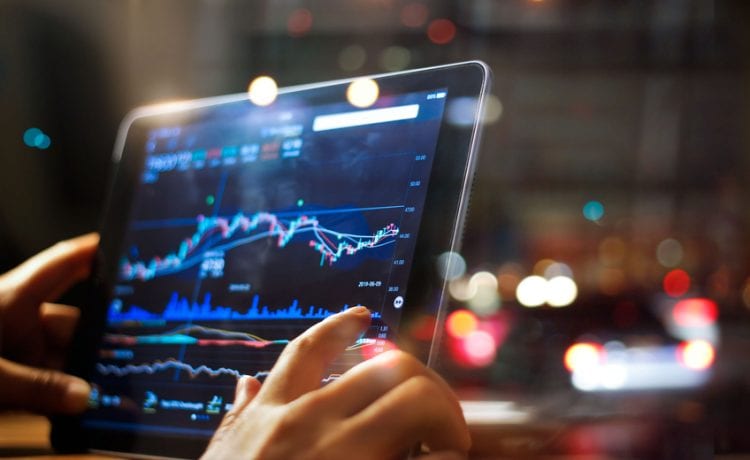 CEOs of Amazon, Apple, Facebook and Google are set to testify before Congress on Wednesday to discuss concerns over their business practices

Stock futures opened higher Tuesday evening ahead of an eventful Wednesday, during which Big Tech executives will testify before Congress and the Federal Open Market Committee will release its July monetary policy statement. A host of quarterly corporate earnings results will also continue to flow.

On Wednesday, Amazon CEO Jeff Bezos, Apple CEO Tim Cook, Facebook CEO Mark Zuckerberg, and Google-parent Alphabet CEO Sundar Pichai will appear before the House Judiciary Committee to discuss a number of concerns over their market power and business practices, some of which have been scrutinized for antitrust issues. Many have argued that these issues have been magnified by the coronavirus pandemic, which has wiped out competitors and pushed business further toward the already-strong major tech companies.

While fundamentally FAANG stalwarts have navigated these choppy waters better than many had feared, with Amazon in particular a clear beneficiary of this current lockdown, the anti-trust storm clouds appear to be building in the Beltway against Big Tech looking ahead into the rest of 2020, WedBush analyst Dan Ives wrote in a note Monday.

We note that much of the States’ investigation has focused on Google’s online advertising with the Justice Department focusing more broadly on concerns that Google uses its dominant search business to stifle competition, he added. Apple remains in the cross-hairs around its App Store (30% fee) dominance both in the US and especially in the EU, with a more intense investigation of its business practices in focus later this week as Cook appears in front of the committee.

Separately on Wednesday, investors are also set to receive the Federal Reserve’s latest monetary policy decision. Market participants expect this month’s statement will reflect no major changes, with interest rates held at their current near-zero level. On Tuesday, the Federal Reserve said it planned to extend several of its emergency lending facilities through year-end 2020, or beyond the previous expiration date of September 30.

With monetary policy set in its current form to support the economy during the pandemic, investor attention has turned toward the possibility of explicit forward guidance to gain an indication of what circumstances might lead the Fed to change its monetary policy stance. Many economists believe that is unlikely to be announced this month, however.

We do expect the FOMC to adopt some form of explicit forward guidance, if not at its September meeting then at its November meeting, Wells Fargo’s economics team wrote last week.

More corporate earnings results are also on the docket for Wednesday. Companies including General Electric, Boeing, General Motors and Spotify will report results before market open, while Qualcomm and PayPal are slated for after market close.

Please remember that investments of any type may rise or fall and past performance does not guarantee future performance in respect of income or capital growth; you may not get back the amount you invested.
Richard StanleyJuly 29, 2020