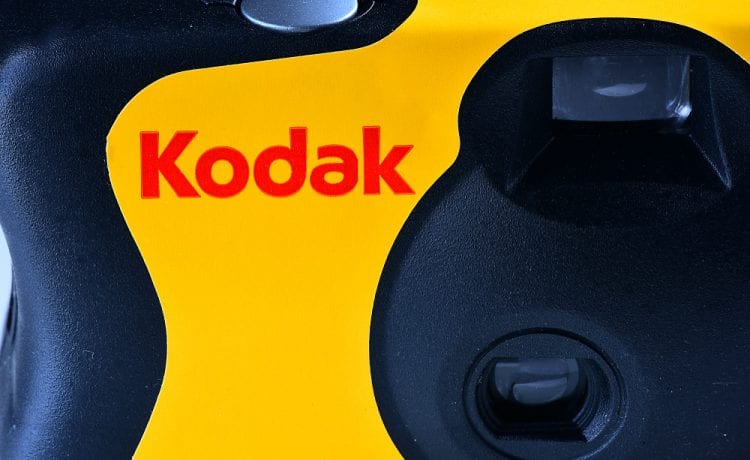 The Trump administration’s $765 million loan to the Eastman Kodak Co. for its launch of a business making pharmaceutical ingredients sent shares of the iconic camera company soaring.

Kodak, which has a long history of manufacturing chemicals used in photographic film, now plans to support “America’s self-sufficiency in producing the key pharmaceutical ingredients we need to keep our citizens safe,” Kodak’s executive chairman, Jim Continenza, said in a statement.

The Trump administration said the Kodak deal is the first of its kind, and uses powers afforded by the Defense Production Act. The administration previously used these powers to demand that Ford Motor Co. F, +1.15% begin manufacturing respirators and masks and that General Motors Co. GM, +2.45% make ventilators.

It awarded $354 million to Phlow Corp. in May to start producing active pharmaceutical ingredients, or API, among other chemical ingredients, used in certain essential medications. A spokesperson for Phlow said that the company can’t disclose the list of drugs but that it includes treatments for pain and blood pressure that can be used by hospitalized COVID-19 patients. The total contract is worth up to $812 million. Phlow cites a shift toward producing API in China and India as the rationale behind its business model.

The threat of pandemics like COVID-19 has exposed the United States’ heavy reliance on foreign pharmaceutical supply chains, Phlow said in a statement at the time.

Drug makers largely do not manufacture API in the U.S., and many have instead sourced API from such lower-cost countries as China and India.

Before the COVID-19 pandemic, there had been growing concern in the U.S. about where API were manufactured, driven in large part by generic-drug shortages and questions about the integrity and stability of the Chinese and Indian supply chains, especially as tensions with China have accelerated during a U.S. election year.

The number of Chinese facilities producing APIs for the U.S. market has increased over the past decade, as part of a massive movement of pharmaceutical production offshore, FDA official Dr. Janet Woodcock testified before a House committee hearing last year. This movement is being driven by the pharmaceutical industry’s desire for cost savings and less stringent environmental regulations.

Sandoz, the generic-drugs business of the Swiss drug company Novartis NVS, -0.82%, recently promoted the fact that less than 2% of its products have API that are single-sourced from China and India, a decision that “highlighted the strength of its supply chain,” SVB Leerink’s Ami Fadia told investors in April. The company also signed a deal Tuesday with the Austrian government to manufacture API there, including ingredients to supply penicillin to Europe for the next decade, “despite fierce global price competition, particularly from China,” it said.

But the coronavirus swept through China and other parts of Asia, shutting down factories and clinical trials and creating worry for drug makers and investors who are well aware of America’s reliance on Chinese API producers.

The outbreaks of the virus in China presented “primary near-term business risks in the pharmaceutical sector, particularly with respect to the sourcing of active pharmaceutical ingredients and associated intermediates from countries at the epicentre of the crisis, mainly China,” Raymond James analysts told investors in mid-March.

Premier Inc. PINC, -1.33%, which provides group purchasing and other health-care data services, has advocated for stronger domestic manufacturing of API for more than 15 years. It applauded the Kodak news — “announcements of this nature are a step in the right direction” — but also noted the challenges in building out an API manufacturing process from scratch.

Premier is hopeful that the U.S. also looks at how it can leverage existing API manufacturing capacity in the country to help create global diversification and stabilize the drug supply chain in a more expedited and cost effective manner, Soumi Saha, Premier’s senior director of advocacy, said in a statement.

Please remember that investments of any type may rise or fall and past performance does not guarantee future performance in respect of income or capital growth; you may not get back the amount you invested.
Richard StanleyJuly 29, 2020