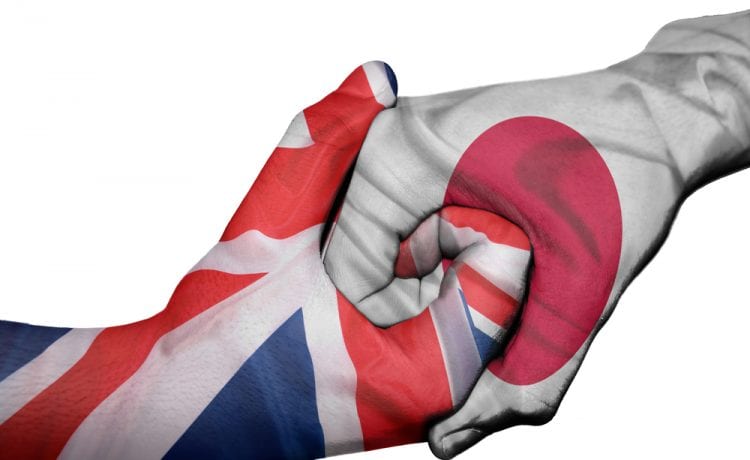 Talks between Tokyo and London over a new trade deal have hit a snag after Liz Truss, UK trade secretary, insisted on bringing Stilton cheese into the negotiations.

Both sides came close to an agreement in London last week, but Ms Truss is holding out for a better deal for British food, with a particular focus on attempts to boost sales of blue cheese in Japan.

The dispute reflects the “cars for cheese” trade talks between the EU and Japan ahead of last year’s agreement between the two economic superpowers. But while the UK is aiming to largely mirror that deal, Ms Truss is hoping a symbolic Stilton cheese “win” will show the UK is able to secure a better deal than the one obtained by the EU.

Britain and Japan are now rushing to secure a deal to replace the EU trade agreement that will cease to apply to the UK at the end of the post-Brexit transition period in January.

Ms Truss is passionate about British cheese’s place in international markets. She achieved cult status on social media in 2014 after an intense speech to the Conservative party conference in which she told a bemused audience that Britain’s trade deficit in cheese was “a disgrace”.

The trade secretary’s office did not deny a report by Japanese media group Nikkei that individual food tariff rates remained a sticking point in talks, which are supposed to wrap up by the end of August, with blue cheese a particular issue for the British side.

Under the EU-Japan deal, Japanese tariffs of 29 per cent on hard cheeses such as cheddar would be phased out to zero by 2033; for fresh cheeses such as mozzarella and blue-veined varieties there would be duty-free access by 2033 on an agreed quota.

Japan has long argued that it cannot give Britain a better deal than the one agreed with the EU, whose 27 nations have a population almost seven times bigger than that of the UK. But Ms Truss wants to go further on cheese.

A symbolic concession on cheese may not cause many repercussions: Britain sold £18m of blue cheese — mainly Stilton — around the world last year, but only £102,000 worth to Japan, according to the Agriculture and Horticulture Development Board. A milder version of the cheese is created for Asian markets.

Ms Truss’s department said it would not comment on “live negotiations”. Nikkei reported that both sides had agreed on the phasing out of British tariffs on Japanese auto exports by 2026, in line with the Japan-EU deal.

According to UK government figures, a “modelled” trade deal with Japan might add 0.07 per cent to Britain’s GDP in the long term, compared with the loss of 5 per cent of GDP growth associated with the UK leaving the EU single market and customs union.

Please remember that investments of any type may rise or fall and past performance does not guarantee future performance in respect of income or capital growth; you may not get back the amount you invested.
Richard StanleyAugust 11, 2020