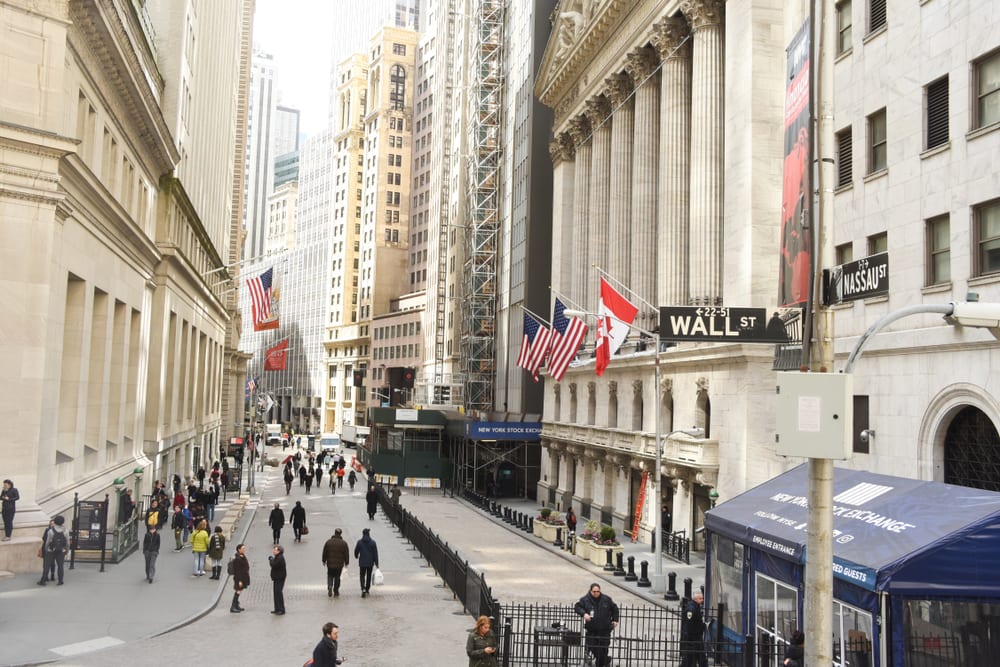 Stocks rose Monday, extending last week’s bounce as market participants continued tracking the spread of the coronavirus and the daily life disruptions it has invoked around the world. U.S. Treasury yields tumbled further, and crude oil prices dropped to the lowest level since 2002.

On Sunday, President Donald Trump said during a news conference that he was extending guidelines for citizens to remain socially distanced through April 30. Earlier, Trump had sought to reopen businesses by Easter in mid-April.

Other countries also recently extended their timelines for when restrictions aimed at containing the coronavirus outbreak would ease. UK government officials said they believed the country’s lockdown, now in its second week, could last for up to six months. And Japan is reportedly poised to ban entry to foreigners who recently travelled to the U.S., Canada, South Korea and most of Europe, regional news outlets reported Monday.

Cases of the coronavirus climbed further over the weekend, topping 770,000 globally as of Monday afternoon, according to Johns Hopkins data. The number of cases in the U.S. rose above 156,000, along with more than 2,000 deaths.

Dr. Anthony Fauci, director of the National Institute of Allergies and Infectious Diseases, said during a CNN interview Sunday that he believed the virus could claim the lives of as many as 200,000 Americans amid “millions of cases,” noting that the estimates remain “a moving target.”

New York remains an epicentre for the outbreak, with the number of confirmed cases jumping by more than 6,900 to 66,497 as of Monday afternoon.

Over the weekend, the Centers for Disease Prevention and Control issued a domestic travel advisory urging New York, New Jersey and Connecticut residents to refrain from non-essential domestic travel for 14 days, in effort to prevent the coronavirus from spreading from hot spots to areas of the country where health-care infrastructure may be less capable of handling an influx in cases.

The Trump administration, however, stopped short of issuing an order for an enforceable quarantine for the New York City and tristate area, as had reportedly been mulled in earlier discussions.

Volatility continues to grip financial markets as the pandemic rages on, sending stocks whirring higher and then crashing down as investors weigh the toll from the virus against policymakers’ frantic efforts to contain the fallout.

Treasury Secretary Steven Mnuchin said on “Fox News Sunday” he expects the U.S. administration will have a small business loan program implemented this week, and that workers can expect their direct checks from the $2 trillion stimulus package signed by President Donald Trump on Friday in about three weeks.

Despite Friday’s single-session decline of more than 4%, the Dow netted a 12.8% gain last week for its best one-week advance since 1938.

A number of analysts have predicted that a quelling of financial market volatility will require evidence of a reduction in the number of new coronavirus cases, and signals that business for industries forced to pare back or halt operations amid virus containment efforts has resumed.

In a note over the weekend, Goldman Sachs analysts led by Peter Oppenheimer highlighted four occurrences they believed would need to take place for market stabilization: [First], a sign that the policy intervention is sufficient to prevent severe second- and third-round economic shocks; a sign that the infection rate is reaching a peak; a sign that the economic downturn may be slowing; and cheap valuations, they wrote.

In reality, we believe it will be a combination of these, and in some cases there are already signs these are in place, they said.