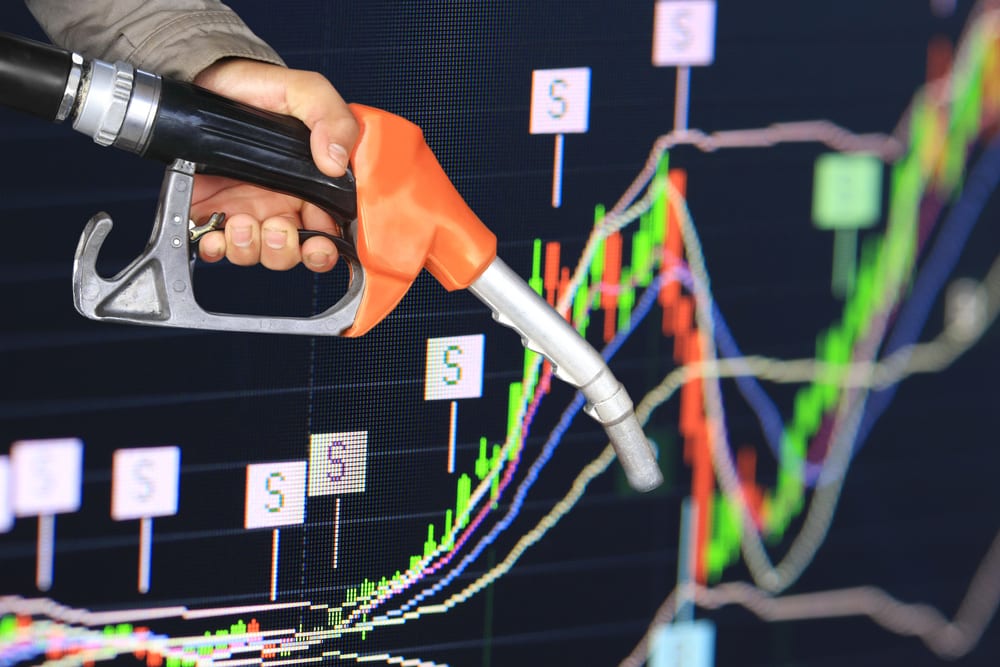 The ASX 200 index rose nearly 2 per cent in early trade, with oil stocks leading the gains

The local share market pulled back from an early strong rise to end the session in the red, despite a surge in oil prices on hopes of an end to the damaging price war between Saudi Arabia and Russia.

The ASX 200 index rose nearly 2 per cent in early trade, with oil stocks leading the gains.

However, the market retreated from those gains and the benchmark index finished 1.7 per cent lower at 5,067 points.

Mining and energy stocks were among the best performers of the session, including Fortescue Metals (+5.7pc) and Oil Search (+4.6pc).

The number of Americans applying for unemployment benefits has doubled in just one week.

Last week, a record 6.6 million people filed claims for jobless benefits up from 3.3 million the week before, according to the US Labor Department.

The skyrocketing numbers come as more US states ordered their citizens to stay home to limit the spread of coronavirus.

Most Americans are under some form of lockdown so jobless claims are expected to keep rising.

As a result, economists say more stimulus is needed.

However, the US has already poured trillions of dollars into stimulus spending.

General Electric (GE) told CNBC it’s planning to stand down half of its staff at its aviation business as the coronavirus pandemic cripples the travel industry.

Thousands of workers will be forced to stand down for a month. That comes after the firm cut the aviation workforce by 10 per cent, or 2,600 employees, last month.

It was another volatile trading session on Wall Street.

Stocks surged despite the huge rise in jobless claims because oil prices jumped by one third on hopes of a deal to end a damaging price war.

The rises come after Mr Trump said he had brokered a deal between Saudi Arabia and Russia to reduce oil production by 10 to 15 million barrels of oil a day.

In a tweet, the US President said he had spoken to Saudi Crown Prince Mohammed bin Salman and that he expects Saudi Arabia and Russia to cut oil output.

Just spoke to my friend MBS [Crown Prince] of Saudi Arabia, who spoke with President Putin of Russia, & I expect & hope that they will be cutting back approximately 10 Million Barrels, and maybe substantially more which, if it happens, will be GREAT for the oil & gas industry! Mr Trump wrote.

Saudi Arabia said it was calling an emergency meeting of oil producers group the Organisation of the Petroleum Exporting Countries (OPEC) to discuss the price war.

And oil prices saw their biggest one-day gain on record.

West Texas crude oil increased by nearly 25 per cent to $US25.32 a barrel.

Despite the gains, oil prices have slumped by more than half this year, as the virus outbreak and related shutdowns sap global fuel demand.

Analysts at Capital Economics are among those not yet convinced there will be a deal to end the price war.

Gene McGillian, vice-president of market research at US firm Tradition Energy also questioned whether a deal could be done.

“The question will come down to, ‘Will they be able to agree to something?’ It’s taken a couple of weeks of Brent at $US25 [a barrel] and WTI at $US20 and it seems as if the Russians are more approachable than they were a month ago,” he said.

Spot gold rose nearly $US24 after the bigger than expected spike in jobless claims to nearly $US1, 615 an ounce.