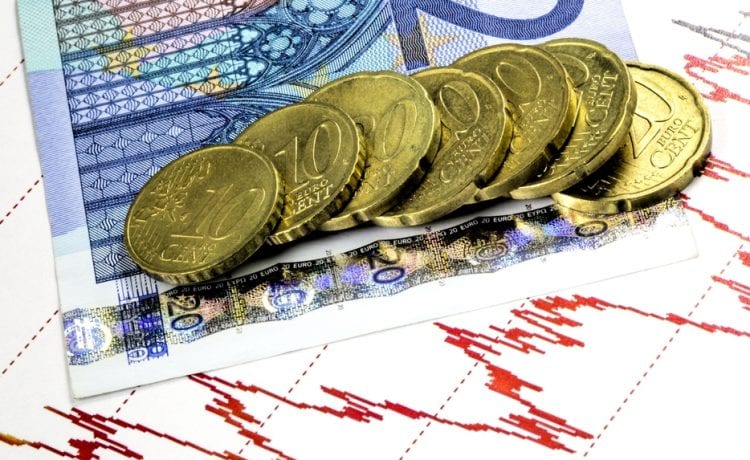 Data showed an improvement in euro zone economic sentiment in June, with the pan European Stoxx 600 ending up 0.44%

Despite reports showing a surge in new coronavirus cases over the weekend, European markets closed higher on Monday with investors betting on recovery after news about Gilead Sciences’ announcement about pricing plans for its coronavirus drug remdesivir.

Markets were also looking ahead to the meeting of French President Macron and German Chancellor Merkel. The two leaders were scheduled to discuss about the proposed EU recovery fund.

Netherlands edged up marginally, while Denmark and Greece closed weak.

In the U.K. market, TUI shares gained more than 7.5%, buoyed by reports that the company has seen a 50% week-on-week increase in bookings over the past week.

In Germany, Wirecard shares soared nearly 160% after the company said that its business activities will be continued. The payments company had filed for insolvency last week.

Airbus gained more than 2%. Speaking at the WELT discussion, Chief Executive Officer Guillaume Faury said the company assumes that production and deliveries for the next two years will be 40% below prior estimates. Volume levels are anticipated to hit the previous numbers by 2025, at the earliest.

In economic news, Eurozone economic sentiment improved at the strongest pace on record in June, data published by the European Commission showed.

The economic sentiment index climbed 8.2 points to 75.7 in June. However, the reading was below economists’ forecast of 80.0.

According to preliminary data from Destatis, German inflation rose unexpectedly in June from a 45-month low, climbing to 0.9% in the month from 0.6% in May. The rate was expected to remain unchanged at 0.6%.

On a monthly basis, consumer prices gained 0.6% in June, faster than the expected increase of 0.3% and in contrast to May’s 0.1% fall.

Inflation, based on the harmonized index of consumer prices, advanced to 0.8% from 0.5% in May. This was slightly faster than the expected rate of 0.6%.

UK mortgage approvals declined unexpectedly to a record low in May as coronavirus pandemic weighed on housing market activity, data published by the Bank of England showed.

The number of mortgage approvals for house purchase fell to a new series low of 9,273 in May. This was almost 90 percent below the February level and around a third of their trough during the financial crisis in 2008. Economists had forecast approvals to rise to 25,000 from 15,851 in April.

In the U.S. also, the same government price of $390 per vial will apply. Based on current treatment patterns, the vast majority of patients are anticipated to receive a 5-day treatment course using 6 vials of remdesivir, which equates to $2,340 per patient. For U.S. private insurance companies, the price will be $520 per vial.