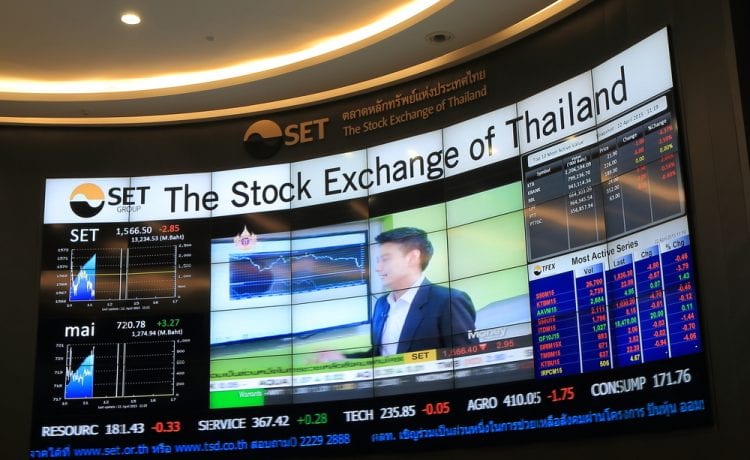 The Thai stock market has finished higher in two of three trading days since the end of the two-day slide in which it had stumbled more than 30 points or 2.2 percent

The Thai stock market has finished higher in two of three trading days since the end of the two-day slide in which it had stumbled more than 30 points or 2.2 percent. The Stock Exchange of Thailand now rests just beneath the 1,340-point plateau and it’s looking at another firm lead for Wednesday’s trade.

The SET finished modestly higher on Tuesday following gains from the energy producers and a mixed performance from the financial shares.

The lead from Wall Street is broadly positive as stocks moved notably higher on Tuesday, extending the strong upward move seen in the previous session.

Traders continued to express optimism about the economic outlook despite the continued spike in new coronavirus cases across several states.

Adding to the positive sentiment, the Conference Board reported a bigger than expected improvement in consumer confidence in June. Also, a separate report released by MNI Indicators showed a continued contraction in Chicago-area business activity last month.

Traders also kept an eye on Federal Reserve Chair Jerome Powell’s testimony before the House Financial Services Committee regarding the response to the coronavirus pandemic. Powell said output and employment remain far below pre-pandemic levels and cautioned the outlook for the economy is “extraordinarily uncertain.”

Crude oil prices drifted lower on Tuesday as worries about the outlook for energy demand persisted due to continued surge in new cases of coronavirus around the world. West Texas Intermediate crude oil futures for August ended down $0.43 or 1.1 percent at $39.27 a barrel.

Thailand will release June results for its business confidence index later today; in May, the index score was 34.4.