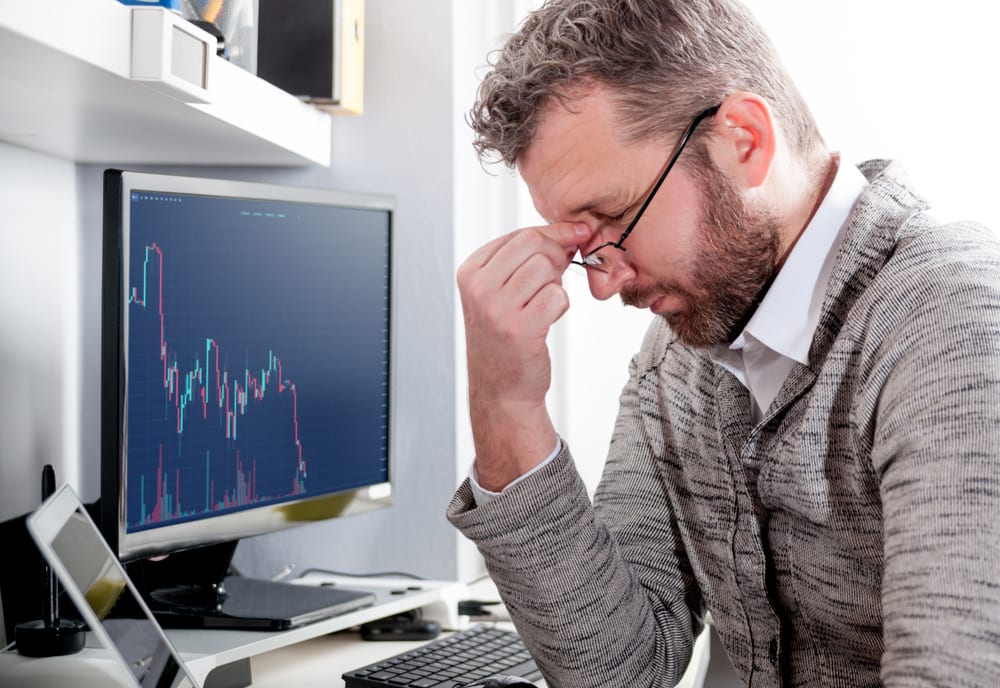 Stock markets around the world tumbled as mounting concerns over a prolonged economic downturn rattled investors.

Share prices tanked as figures showed more than 36m Americans have claimed unemployment benefits in the past eight weeks.

The market slump came as Spain’s coronavirus death toll rose to its highest in a week – prompting fears of second wave of infections.

And it followed a stark warning from the World Health Organization’s emergencies chief Michael Ryan that the coronavirus ‘may never go away’.

In Europe, Germany’s Dax fell 2 per cent and France’s Cac by 1.7 per cent.

Traders also fretted about relations between the US and China after Donald Trump said he was very disappointed with Beijing over its failure to contain coronavirus, adding that the worldwide pandemic cast a pall over his trade deal.

Wobbles on the stock market have sent investors fleeing into Government bonds, seen as a safe haven in times of uncertainty.

The yield – or how much interest they pay relative to their price – has slipped into negative territory for UK bonds, meaning investors are so keen to buy them they are effectively paying to own the debt instead of getting a return.

The International Energy Agency estimates oil demand will fall by a record 8.6m barrels a day, or around 9 per cent of pre-lockdown demand, for the whole year.

The price of Brent crude oil was up 3 per cent to $30 a barrel last night.

But British Airways-owner IAG slid 3.2 per cent, or 5.5p, to 168.2p after chief executive Willie Walsh said the Government was seriously damaging the chances of a recovery for the industry.

IAG also revealed British Airways has provided cash refunds on a staggering 921,000 tickets, is still processing 47,400 and has given customers vouchers instead of a refund on 346,000 further bookings.

Miners Glencore and Anglo American were dragged lower by the economic malaise, but also fell after Norway’s £820billion sovereign wealth fund excluded them – and a slew of other commodities groups – from its portfolio because they produce coal.

Revenues dropped 15 per cent at Wincanton in April, as an early lockdown surge in grocery deliveries tapered off at the same time as other sectors for which it trucks good around stalled.

Mid-cap food group Greencore also chugged lower, falling 14.3 per cent, or 24.1p, to 144.1p after analysts at Jefferies downgraded it from ‘buy’ to ‘hold’.

Brokers believe the firm, which makes takeaway food such as sushi, wraps and microwave meals for grocers, will struggle for longer than they previously thought after sandwich sales through supermarkets fell by 60 per cent – double the 30 per cent drop forecast.