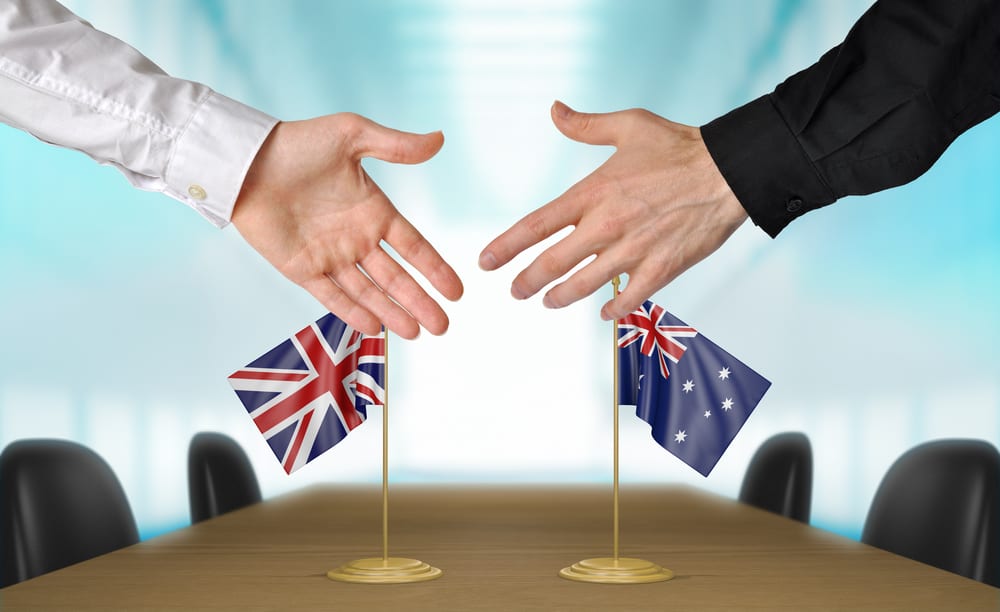 Formal negotiations for a trade deal kicked off on Wednesday, with Australia Prime Minister Scott Morrison declaring it a wonderful opportunity to ‘supercharge’ the economic relationship

A new free-trade deal could make it easier for workers and young travellers from Australia to stay in the UK long-term.

UK Secretary of State for International Trade Liz Truss, who is responsible for building post-Brexit economic deals, said revising the visa requirements between the two nations would be an important step to growing the services sector.

One of the really important things we can do as we recover from coronavirus is fight the protectionist rhetoric and instincts of some nations, and this is another area where Australia and the UK are very, very aligned, she told the Sydney Morning Herald.

Formal negotiations for a trade deal kicked off on Wednesday, with Prime Minister Scott Morrison declaring it would offer a wonderful opportunity to ‘supercharge’ the economic relationship.

Boris Johnson spoke of the food opportunities during the trade talks.

The deal could rake in millions of dollars for Australian exporters, as the nation looks to secure closer trade relationships beyond China.

It will mean more jobs, more growth, more prosperity in both our countries, Morrison said in a social media video released on Wednesday evening. And more opportunities for Australian and UK citizens to live and work in each other’s countries, ultimately.

Truss has not ruled out a free-movement system between citizens of the UK and Australia but a deal that flexible is highly unlikely.

It’s understood representatives will focus on easing certain visa restrictions to allow more residents to live in each country for work.

We haven’t started negotiations yet so I’m not going to forecast what’s going to happen in those negotiations, but there are of course areas like business travel that are specifically looked at in these trade negotiations and we do want to be ambitious overall, she said.

Australians aged 30 or under are allowed to spend up to two years working in the UK on the Youth Mobility Visa.

This visa could be modified to give young Australians the opportunity to spend more time in the UK. Australians could potentially be allowed to use it more than once, depending on their work.

Trade Minister Simon Birmingham threw his support behind a deal which would permit highly skilled workers to ‘move with relative ease’.

Australian and Brits have a long history of successfully working in and travelling across each other’s countries and I hope this agreement can help to inspire new generations to continue that right of passage, he said.

We’ve got an amazing history between Australia and the UK around the flow of people. It’s a right of passage for young Brits to come here and for young Australians to go over there, and we want to make sure that is as easy as possible, he said.

He said the Free Trade agreement should be signed by the end of this year.

It could be worth many hundreds of millions of dollars of benefit to Australian exporters, he said. That means sheep graziers, wine makers and growers – but also the services industries, so healthcare providers and financial services.

Australia and the UK have been working on a possible trade deal since 2016 and have already struck some early agreements that will come into effect from 2021.