US stocks near record highs on stimulus, vaccine hopes 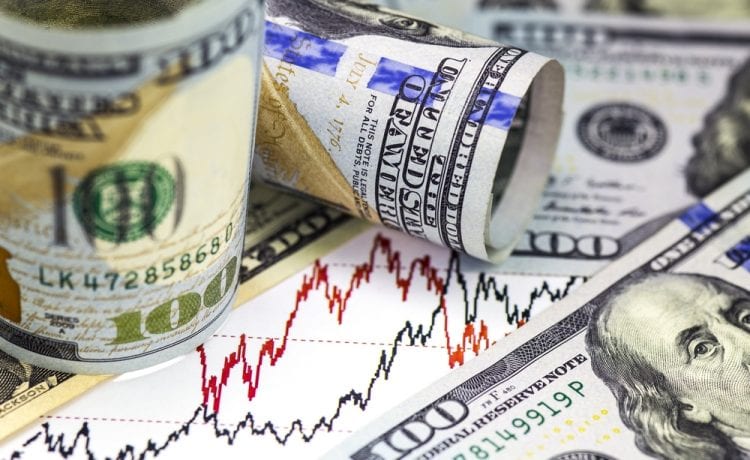 US stock markets moved closer to record highs on Tuesday after investors bet on a fresh round of government spending to lift the economy and counter the effects of the Covid-19 pandemic.

The S&P 500, seen as the broadest measure of US investor sentiment, raced to a 10-point gain by mid afternoon to leave it just 16 points short of the all-time high reached in February.

In a further boost to the market, it was reported that the short-term home rental company Airbnb was close to filing paperwork for an initial public offering with the US Securities and Exchange Commission.

The move, which could value the company at $35bn (£27bn), may show the firm defying concerns at the prospects for travel and home rentals during the pandemic and list in New York before the end of the year, according to the Wall Street Journal.

Recording its eighth day of consecutive gains, the S&P 500 was up 0.4% in morning trading, following an announcement by Donald Trump that he was considering cutting taxes on capital gains and income.

Trump also passed an executive order in an attempt to force states to maintain enhanced unemployment benefits after an impasse on Capitol Hill over the issue wrecked hopes of a bipartisan stimulus package taking effect this month.

Financial, industrial and energy stocks provided most of the gains while investors, keen to purchase some of the most battered company shares in the hope of turning a large profit, continued to snap up shares in hotels, cruise lines and banks.

Declines in the most valuable stocks such as Apple and Microsoft kept the gains in check for the second day in a row.

In recent months tech stocks have provided most of the impetus behind the S&P’s recovery from lows seen in March following the lockdowns seen on the east and west coasts of the world’s largest economy.

The so-called Faang companies – Facebook, Apple, Amazon, Netflix and Google – have seen huge gains in recent months as investors bet on firms expected to benefit as households and businesses switch to making purchases over the internet.

Apple has become a focus of attention after gains last week brought it within touching distance of becoming a $2tn company, but a spate of anti-trust complaints against tech firms has dented their progress and encouraged some investors to bank their gains.

European markets were also higher, with Germany following the US as the Dax headed back to February all time highs.

The FTSE 100 and French CAC index also made strong gains, though remain some way short of levels seen before the pandemic.

Airbnb is likely to be a target for investors that believe global hospitality and leisure industries will bounce back from the virus. Last year, the firm became one of the biggest names to say it would pursue a stock market float.

Earlier this year, Airbnb raised $1bn in funding from private equity after dropping its internal valuation from $35bn to $26bn, although there was speculation that it could try and float at the higher price before the end of the year.

Economists said the stock market was likely to appear detached from more immediate and difficult economic news for some time as investors looked ahead to the corporate winners over the next year.

Expectations of a strong recovery in Germany reached to the highest level since 2004, according to a well-respected business survey “and that could spell good news for the overall outlook for Europe”, said Moya.

In the US, hospitalisations for the coronavirus declined to the lowest level since early July and US Covid-19 deaths dropped for the first time in four weeks.

Yesterday’s air travel news that over 800,000 people flew on Sunday, which is the highest level since 17 March, provides optimism that Americans are itching to travel. Air travel demand has a long way to go, down about 70% from a year ago, but a steady climb despite last month’s virus spread is a welcoming sign for crude demand, Moya added.

Please remember that investments of any type may rise or fall and past performance does not guarantee future performance in respect of income or capital growth; you may not get back the amount you invested.
Richard StanleyAugust 12, 2020